Dragonframe names and numbers both feed frames and high-quality captures with the scene and take info for your shot.

Dragonframe stores the captured images in a series of folders.

Note: Dragonframe relies on the naming structure of your scene and take folders to locate your files. If you need to rename a scene or take, you must do by duplicating your scene, or by renaming the take through the Managing Takes dialogue. Dragonframe will not be able to open a project that has been renamed elsewhere.

When copying your project to another location, MOVE THE ENTIRE FOLDER.

A Dragonframe project is known as a Scene and is stored in the grey-colored folder. 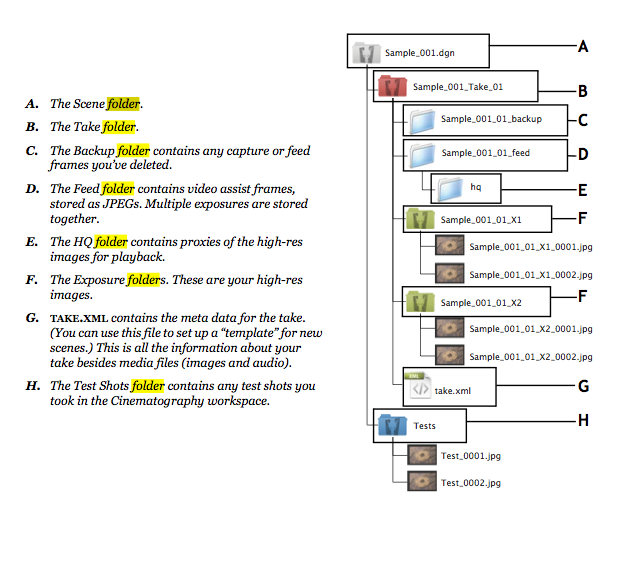 With Dragonframe, you can always directly access your source files. This allows you to import those files within post-production software.

To keep your files organized, Dragonframe creates a file hierarchy automatically as you create new scenes and takes. The capture files and the video assist files are always stored in the same place within the hierarchy. Learning Dragonframe's organizational system will help you to get access to those files anytime.