How To Operate The Bolex 16mm Camera 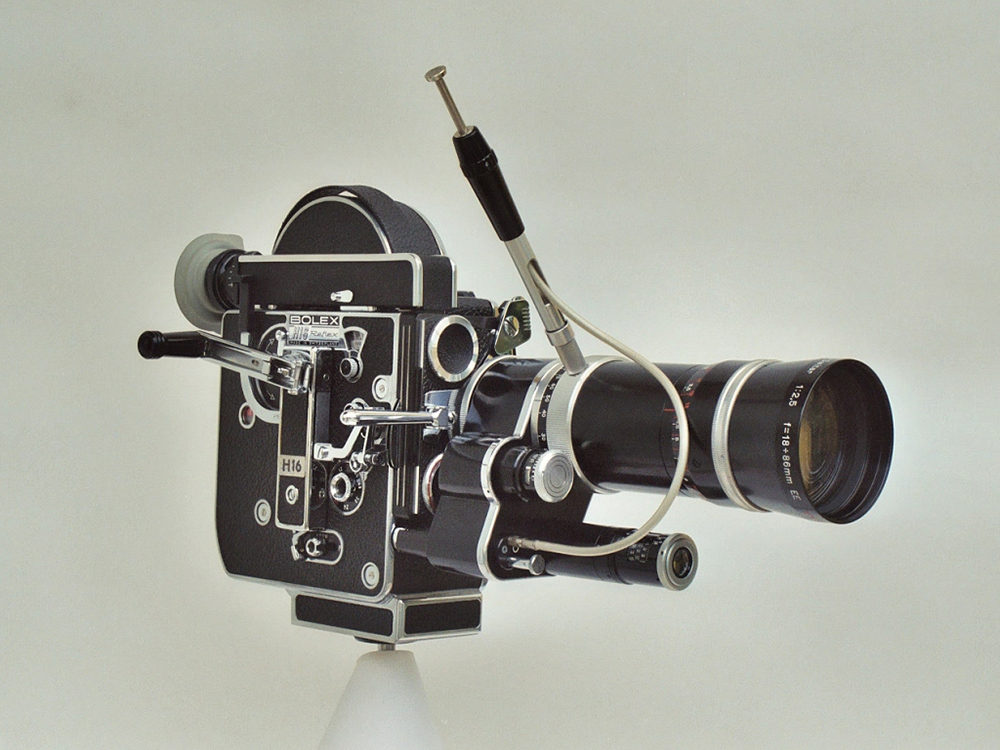 Cameras with a turret mount have a filter between the taking lens position and the reflex prism. The filter remains in place no matter which lens is used. When filming without a filter, an empty filter carrier should be left in the filter slot to prevent light from entering the camera trough the slot and fogging the film. Make sure the carrier is located firmly within the slot and the correct filter is in place before shooting. An incorrect filter will either alter the color balance or exposure.

The Bolex H-16 SBM camera has a single lens bayonet mount and is recommended for use with heavier lenses. To mount a lens: 1. Turn the outer ring in the direction of the arrow (counter-clockwise if camera is facing you). Press the button on the bottom of the mount to move the screw into the open position where you will se the tabs of the cap. 2. Lift the cap out of the mount and immediately place the lens mount in its place. Be careful not to touch the prism! 3. Turn the ring clockwise to secure the lens mount in place and screw the lens into place. To remove a lens and secure the bayonet mount: 4. Unscrew the lens; replace lens caps and return to lens case. 5. Turn outer ring as described above until tabs in lens ring are revealed. 6. To remove the lens mount, tip camera forward with hand cupped under below to catch the lens mount. DO NOT touch prism with fingers! 7. Replace cap and secure by turning lens clockwise.