The DolphinEar/PRO is a fully submergible, underwater microphone (hydrophone). 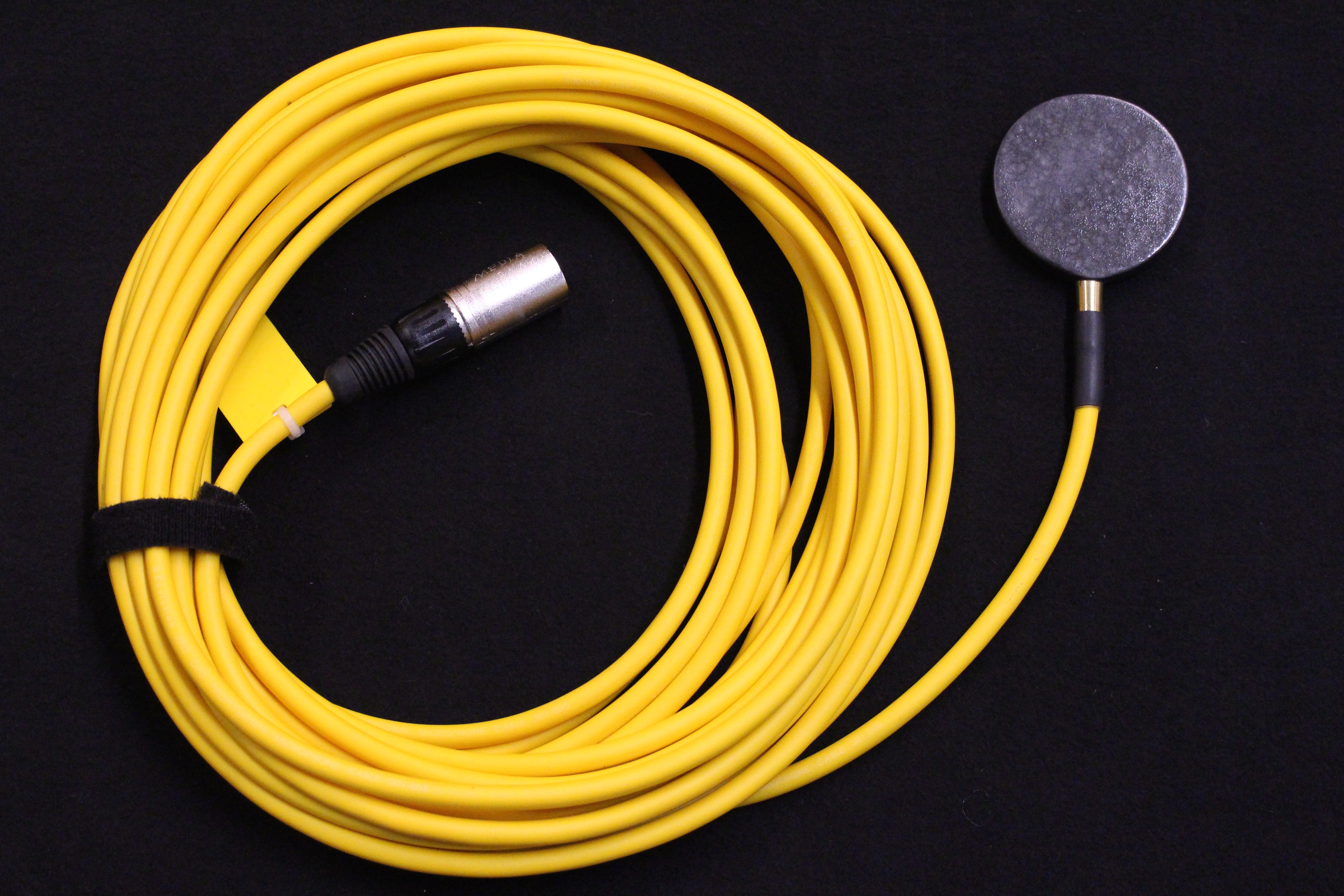 Tow behind a boat
Attach the amplifier/sound recording device or hydrophone to your body. Hold with your hand.
Use excessive force
Store/use in extreme temperatures
Leave equipment unattended
Submerge into hazardous chemicals (chlorine is okay)

During usage, avoid striking the hydrophone with sharp surfaces (rocks, debris). Also avoid collisions with environmental objects.
After usage, wash the DolphinEar/PRO in fresh water to remove any debris or salt deposits. Remove battery when done.

DolphinEar/PRO hydrophones are designed using a unique large aperture MPC piezo-electric element that responds to sound pressure variations over a wide dynamic range. They are completely encased in a special epoxy casing making them far more rugged then most under-water microphone designs.

DolphinEar/PRO provides high quality, balanced audio output over a wide frequency range (15 Hz - 20,000 Hz +/-3db). It is supplied with 10 meters (33 feet) of high quality Neoprene/PVC cable terminated in a standard 3 pin XLR connector. Unlike standard ball-type hydrophones, DolphinEar/PRO’s unique disc design minimized flow noise while recording from a boat in medium to heavy sea conditions. DolphinEar/PRO may be buried in earth or sand for use as a geophone-type microphone as well.

Power:
None (does not require phantom power)

DolphinEar/PRO is fitted with a standard 3-pin XLR connector. The shield is connected to pin 1. DolphinEar/PRO does not need external power, but you can still use it on amplifier systems that provide up to 48 volts of phantom power. A set of DC blocking capacitors is fitted inside the XLR connector shell to block the phantom DC power. If you are using the DolphinEar/PRO on unbalanced amplifiers, we recommend the use of a small matching transformer to maintain hum and noise cancelling benefits of a balanced microphone.

As soon as this hydrophone is submerged it will pick up sounds and is best used at least 7ft deep. The omnidirectional pattern of the hydrophone means that the orientation is versatile.

Usage on a boat: DO NOT TOW THIS HYDROPHONE. DolphinEar/PRO does not have the proper design to be towed behind a boat. When towed, this hydrophone will pick up extraneous noises, which detracts from the performance. There is also a risk that the cable could get caught in a propeller.

For best results, turn off the engine and drift – otherwise engine noise will be picked up. You can lift the hydrophone and set it so that your boat hull blocks sounds from other boats that may be nearby. To minimize sounds from your own boat, such as waves, you can use various devices to extend the hydrophone outwards (a fishpole, float, etc).